This is another decision affirming the right to record on-duty police officers in public. The facts here are unsurprising:  some people filmed some police officers, the officers didn’t like it, arrested the filmers, filmers sued.

Filming police is–as the court said–a “common practice.”  Think of all of the on-duty police you’ve seen on film recently: for example, the shootings of Philando Castile and Eric Garner. 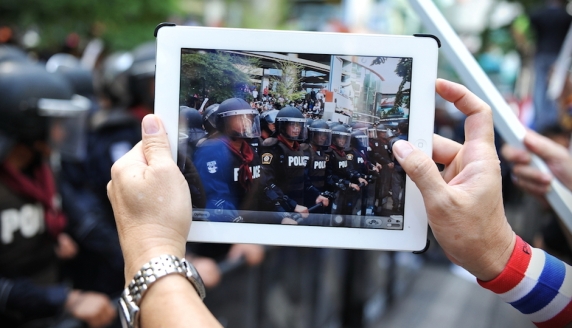 The court said the First Amendment protects this “common practice.”  The court’s decision begins by acknowledging the importance of filming police on the job during the Rodney King beatings (pretty much giving away the court’s ultimate feelings on the issue).

Still, although there’s a right to film on-duty officers, that right becomes less clear where the recording “interferes with police activity.”  For example, the First Amendment won’t protect recording conversations with confidential informants.  In most cases, however, it seems courts will have to grapple with whether a recording “interferes with police activity” on a case-by-case basis.

Another important caveat: the court only affirmed the right to film on-duty police in public areas.  So can you record an on-duty officer if he or she is poking around in your underwear drawer?  Unclear—the court left that issue for another day.

(Unfortunately for Mr. Fields, the court also found that the Philadelphia police were entitled to qualified immunity because the First Amendment right to film the police was not “clearly established” in 2012, although one of the three Third Circuit judges disagreed.)