Last week, a federal district judge temporarily blocked parts of a Texas state immigration law (known as SB4) that would have outlawed sanctuary cities and penalized local officials who did not cooperate with federal immigration-enforcement efforts.  Plaintiffs–a group of cities that challenged the state law–made claims under the First, Fourth, Ninth, Tenth, and Fourteenth Amendments.

SB4 includes an “endorsement provision,” which prohibits any local-government official from endorsing a policy that would materially limit enforcement of federal immigration law.  Plaintiffs challenged this provision under the First Amendment, claiming that it is vague, overbroad, and discriminates based on viewpoint. 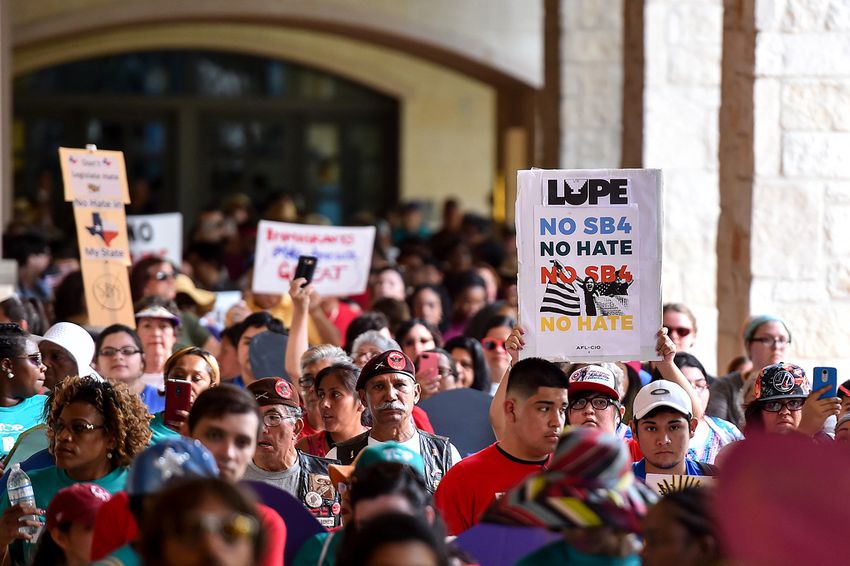 The court said that plaintiff’s First Amendment challenge was likely to succeed on its merits.  Starting with the overbreadth challenge, the court found that the endorsement provision was “intended to be sweeping in scope and breadth and it is not readily susceptible to a narrow or limiting construction.”  The court also found that plaintiffs were likely to succeed on their vagueness challenge because SB4 does not define the kind of conduct that counts as an “endorsement.”  Does “liking” a pro-sanctuary-cities post on Facebook count as an “endorsement”?  What about shaking hands with a political candidate who believes in easing immigration enforcement?  The court found that a “person of ordinary intelligence has no guidance whatsoever as to what is prohibited” under SB4, and therefore the endorsement provision could easily “trap the innocent by not providing fair warning.”

But perhaps most damning was the court’s conclusion that the law discriminates based on viewpoint.  The court said that “SB4 makes one thing quite clear — one viewpoint on local immigration policy is banned and the opposite viewpoint is permitted.”  It explained that someone expressing favor for a policy that materially limits immigration enforcement may be penalized, but those expressing disfavor for the same policy are not targeted for punishment.

The court’s decision comes at an early stage in the litigation, and it only temporarily blocks enforcement of SB4.  The Texas Attorney General’s office has already said that it will appeal the ruling.

We’ll keep you updated on the First Amendment aspects of the case.