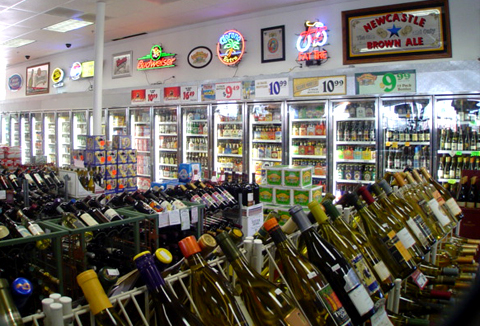 The state law goes back several decades to when (apparently) large alcohol manufacturers tried to use their market power to control distributors and retailers.  That law is still on the books, and is part of California’s three-tiered market system for alcohol: manufacture, distribution, and sales.  Their laws impose several restrictions to keep these three tiers independent from one another, including a ban on alcohol advertising in liquor stores.

RDN is a company that wants to sell liquor ad space in liquor stores to liquor makers. They recently challenged the law, arguing that the Supreme Court in a 2011 case (Sorrell v. IMS Health) had changed the legal standard for commercial speech, making the 1986 case effectively void.  The full Ninth Circuit disagreed, ruled for the state, and upheld the law, but the Ninth Circuit did not rely on the “promoting temperance” rationale from their 1986 case.